Instruments limiting the personal freedom of the individual, pertaining to the Judicial Police and the Public Prosecutor, the precarious measures are governed, in the customary code under Articles 379 and ss.

For underage suspects they are only applicable: arrest, detention and accompaniment. 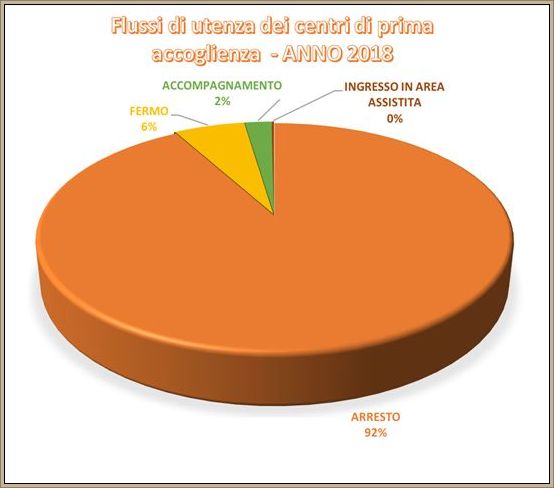 The arrest (art. 16 DPR 448 / 88), operated by the Judicial Police, is characterized by the connotation of the optionality, whatever the criminal case put in place by the child.

In fact, unlike what happens for adults, with sentence n.46 / 1978, the Constitutional Court affirmed that the provisional freedom can be granted to minors without limitations; consequently introducing the principle of the optional nature of the capture (effectively eliminating the differences between the art. 380 and 381 cp) and of reduced duration of preventive detention.

As anticipated, the competence belongs exclusively to the PG

It can also be ordered by the PM, but only in the hypotheses contemplated by the art. 476 cpp (crimes committed during the hearing)

The Judicial Police, in the performance of their duties, will have to take into account not only the seriousness of the fact, but also the personal and family conditions in which the child is in the state of events.

Art. 23 of the DPR 448 / 88 then dictates two criteria: one quantity it's one qualitativo, to which the PG must conform in the exercise of its discretionary power.

As regards the first (quantity) the Legislator allows the arrest, only in relation to the non-culpable crimes for which life imprisonment is foreseen (punishment declared illegitimate by the Constitutional Court for the juvenile defendants with the sentence n.168 / 1994), or the imprisonment not lower than maximum of nine years.

The basis of the criterion qualitativo instead, arrest is allowed in case of commission of one of the rights -

crimes consumed or attempted robbery and extortion, sexual violence, those concerning the sale, assignment and / or possession of weapons and explosives, aggravated theft, theft in the home and theft with tear (as modified by L. 26.03.2001 n.128 cd package safety).

Ex art. 18 co 1 DPR 448 / 88 the PG to prompt communication of the arrest to the Prosecutor's Office, to the Social Service (with the task of providing immediate assistance to the child and carrying out primary checks on his personality) and to the parents with responsibility for parental responsibility , to the defender of trust or of office.

The minor, on the recommendation of the Public Prosecutor, will then be taken to the first reception centers or to a public or private community or to the family home.

In these places, the same will be obliged to remain pending the validation hearing.

Please note: the minor who, in the meantime, should leave the aforementioned places will be liable for the crime of evasion.

As required by the ritual code for the person who is older, the child can also be arrested in private.

The insertion of the wording: danger of escape, has caused many problems (in fact, it seems unlikely that the child has the intellectual and economic means to organize an escape).

His annotation between the pericula released, operated by art. 23 lett. b DPR 448 / 88, was in fact declared illegitimate by the Constitutional Court with the sentence n.359 / 2000)

A comment of the jurisprudential debate, with sentence n. 6191 / 2000, the Court of Cassation, questioned, however, specified that the detention can be ordered only in the presence of four conditions:

The accompaniment, pre-precautionary measure specific for minors (it is not reflected in the discipline charged to adults) it can be arranged in the event that the minor is caught in flagrante delicto, not culpable, punished with a life sentence or imprisonment of no less than a maximum of five years.

The accompaniment consists in leading the child to the offices of the PG and retaining it the time necessary for its delivery to the operator the responsibility, to the contractor or to a person appointed by him.

Mind you, this period cannot be higher than the 12 hours.

If the invitation cannot be forwarded, or the person fails to appear, or is assessed as a subject not able to fulfill this obligation, the policy warns the Public Prosecutor who arranges to place the child pursuant to art. 18 bis co.4 at a reception center or in an authorized community.

If the minor moves away from the place where he was accompanied, he is not liable for evasion pursuant to art. 385 cp which is attributable only to those who are exempt from arrest.

Measures issued in the period between the beginning of the criminal proceedings and the issuing of the sentence The precautionary measures are adopted by the judicial authority to prevent certain dangers from occurring:

The precautionary measures applicable to minors are specifically identified by the Legislator in: prescriptions, in stay at home, in placement in the community, in custody.

It goes without saying that, being measures limiting personal freedom, the measures must be subject to the double reserve of law and jurisdiction and can be applied only in the cases and in the ways provided for by the Law and by act noted by the judicial authority.

The art. 27 co. 2 Cost. Pursuant to which the accused is not considered guilty until a final conviction, a prognosis of guilt is not sufficient, as a necessary assessment is also necessary concerning the specific procedural needs that are intended to be protected.

The maximum duration of preventive detention is provided for by art. 12 co 5 Cost.

Article. 19 DPR 448 / 88 in recalling the art. 273 cpp governs the conditions for the application of precautionary measures to minors; or:

Given the type and sensitivity of the parties involved, the applicability of these measures involves the use of additional specific criteria concerning, on the one hand, the faculty and on the other, the adequacy and proportionality of the fact and the sanction which may be deemed to be imposed (pursuant to art. 275 cp)

For example the art. 20 co 1 DPR 448 / 88 in establishing that "If it is not necessary to have recourse to other precautionary measures" states that, under the same conditions, the less afflictive measure must be applied.

The second paragraph in fact prohibits recourse to the provision of pre-trial detention in cases where the judge considers that the sentence can be granted with the conditional suspension of the sentence or judicial pardon.

The precautionary measures envisaged by the law are: 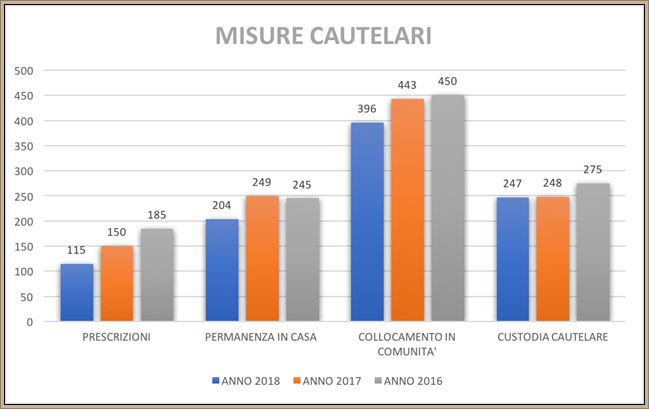 Our system requires the application of prescription on probation assignment to the Social Services, on the occasion of the execution of the substitutive sanctions, of the probation, and of the assisted freedom.

The novelty introduced by the art. 20 of the DPR 448 / 1988 is the use of prescriptions with precautionary purposes.

This measure is certainly the least afflictive required by the law.

The provisions are substantiated in a facere (eg continue school attendance, work activity) or not facere (obligation not to be accompanied by affected persons, return at scheduled times, I become driving mopeds) imposed on the minor.

The requirements have a maximum duration of two months, but they can be extended for an equal period and not more than once by the Judge with a reasoned order.

Once the deadline has expired, they lapse ipso iure, without the need for revocation.

Please note, the 3 paragraph of the aforementioned law also provides for the possibility of aggravating the measure in the event of repeated violations or the transformation of the same into a more afflictive one.

True novelty of the juvenile order the permanence in the house and the placement in community belong to the genus house arrest, as both are limiting the child's personal freedom.

They therefore impose a obligation to stay: the first at home or in a private residence, the second at a host community.

Interesting signal that for the juvenile jurisprudence, for the purposes of the application of the stay at home, it considers also suitable a trailer parked in the nomad camp.

If the minor is in a state of illness, these measures can be performed in the place of public or private care (art. 23 Legislative Decree 272 / 1989)

It should be noted that the child, subjected to one of these two measures, is not considered in detention and his removal does not provide for the formulation of an evasion approach, but would entail an aggravation of the same (for the duration of 30 gg) with the transfer of the same to a Juvenile Penitentiary Institute.

In the regime of home detention, the order not to leave the home may be accompanied by ancillary provisions aimed at aggravating or mitigating the precautionary content thereof: The Judge may in fact either impose limits and / or prohibitions (eg prohibition of use of computer systems, limits on communication with subjects outside the family unit, prohibition of visits) and authorize them to leave the place of “arrest”.

The period spent permanently in the home or in the community is counted against the penalty to be executed (art. 21 co. 4e 22 co 3) and entitles to the benefit of early release pursuant to art. 54 LP

The minor may be authorized to leave his or her home to carry out study and / or work activities.

Ictu oculi, the extent of placement in the community is more afflictive than that of staying at home and must be applied in the most serious cases.

However, we are faced with a minor lying down from his socio-family context and therefore certainly weaker.

This measure is equivalent to that applicable for adults.

The same can be ordered by the Judge only if the non-culpable crimes for which the law establishes the penalty of life imprisonment or imprisonment for a maximum of nine years is not applied.

The fact remains that pre-trial detention in IPM remains the extreme ratio to follow.

The Cecatiello Law Firm advises its clients for the best management of juvenile criminal proceedings.