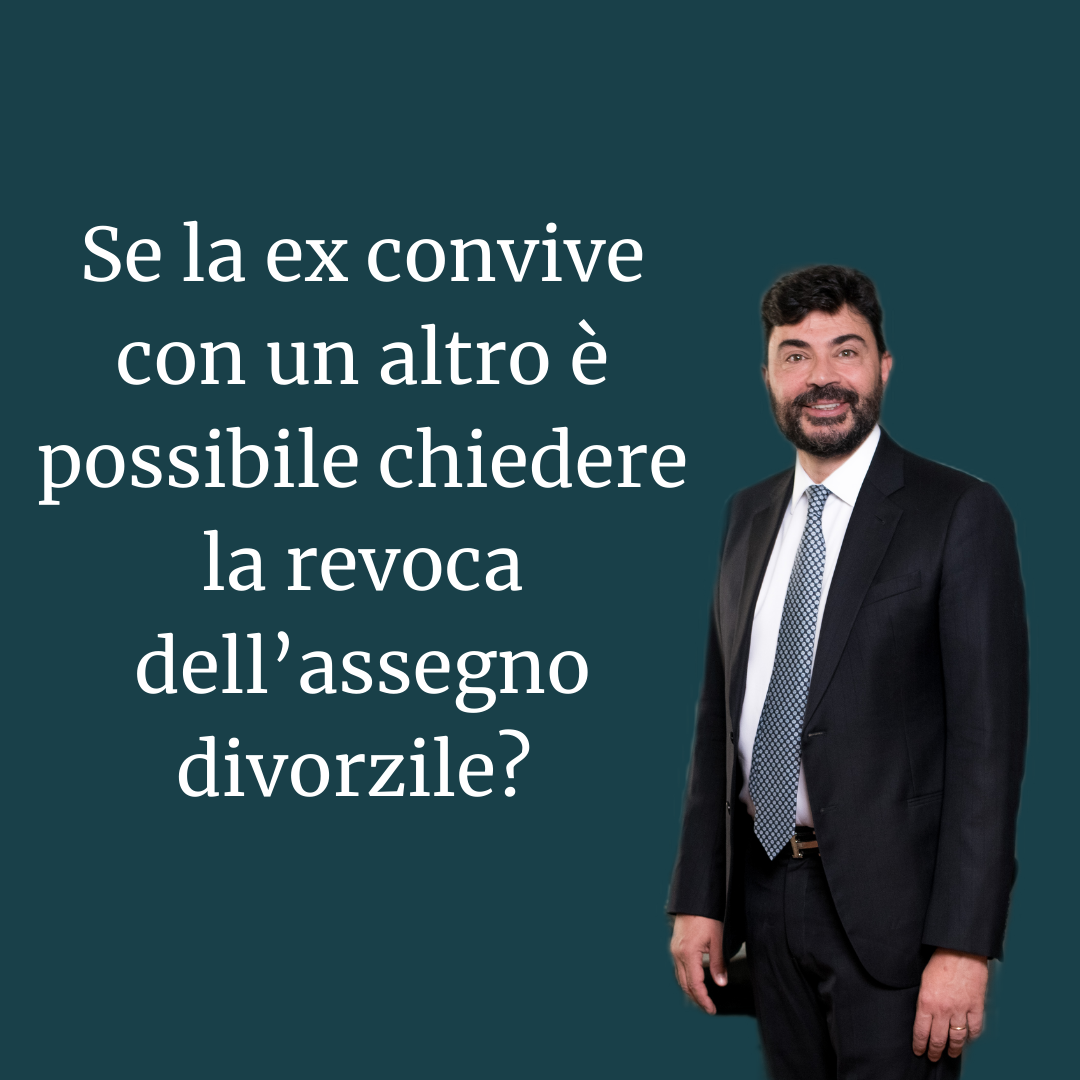 If the ex is living with someone else, is it possible to ask for the divorce allowance to be revoked?

The Court of Cassation recently addressed the case of a  ex-husband who requested the revocation of the divorce allowance against him, following the sentence of termination of the civil effects of marriage.

In support of his request he reported that his wife had started a cohabitation  with another man.

The request was rejected in the first instance by the Court and subsequently also in the Appeal phase.

The ex-spouse therefore proposed an appeal to the Supreme Court.

The Supreme Court in examining the case starts  from the concept of coexistence, underlining that it differs from that of cohabitation.

Cohabitation (sanctioned by art. 143, paragraph 2, of the Italian Civil Code) is an obligation regarding marriage, while there is no data in the same sense, with regard to cohabitation more uxorio.

The same Court of Cassation had previously stated that: "cohabitation more uxorio must be understood as a stable and lasting emotional bond, by virtue of which the cohabitants have spontaneously and voluntarily assumed mutual commitments of moral and material assistance, without cohabitation can assume the importance of an indispensable requirement for the integration of the legal fact "(Cass. n. 9178/2018, n. 7128/2013).

In light of these considerations, the Supreme Court accepted  the appeal of the ex-husband  and issued the principle according to which: "in the matter of revocation of the divorce allowance arranged for the establishment by the former beneficiary spouse of a cohabitation more uxorio with a third party, the judge must proceed with the relative investigation taking into account, as a circumstantial element, of the possible cohabitation of them, in any case by evaluating not atomistically but as a whole the set of known secondary facts, acquired in the trial in the ways allowed by the procedural law, as well as any evidence, relevant for the inferential judgment regarding the existence of said coexistence, understood as a stable and lasting emotional bond, by virtue of which the cohabitants have spontaneously and voluntarily assumed mutual commitments of moral and material assistance ".