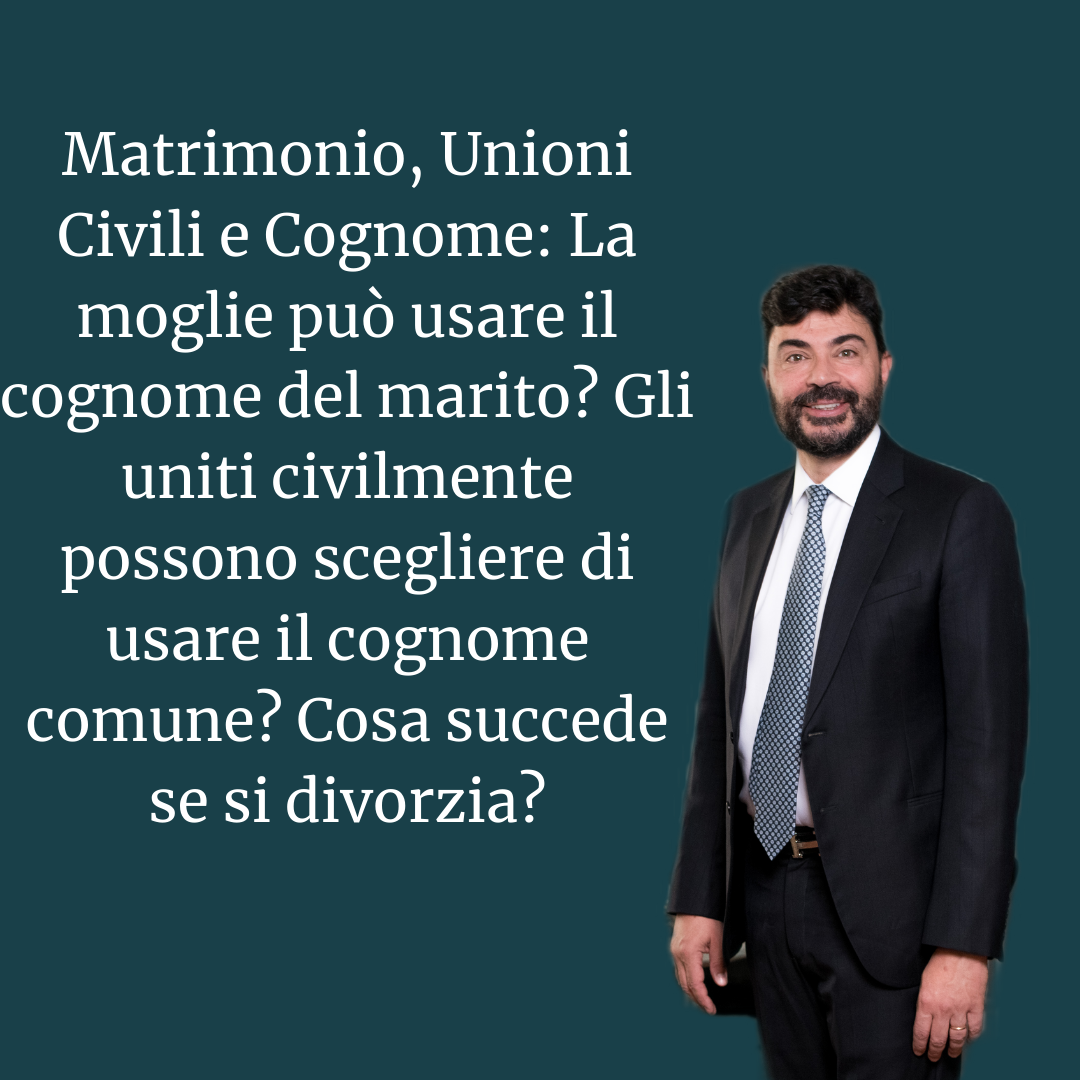 Can a wife use her husband's surname? Can civil members choose to use the common surname? What happens if you get divorced?

The art. 143-bis of the Civil Code provides that the wife can add the husband's surname to her birth name.

The law specifies that the wife can keep her husband's surname even if she remains a widow and loses it only if she marries again.

The acquired surname thus becomes a constitutive element of the name, "a distinctive sign of the person".

For civil unions, art. 1, l. 76/2016, paragraph 10, provides that the couples concerned may decide to assume, for the entire duration of the civil union, a common surname, choosing it from their own surnames, by means of a declaration to the registrar.

Following this declaration, the partner whose surname has not been chosen as a municipality, can keep their own, choosing to put it before or postpone it to the common one. The Constitutional Court has investigated the matter and considered the rule compliant with the principle of reasonableness, since it temporally limits the conservation of the common surname to the duration of the civil union, avoiding to foresee a definitive and irreversible change in the registry as an effect of the choice made by the parties of the civil union itself (Constitutional Court, Sentence, No. 212/2018).

It should be considered that while following the dissolution of the union there is tout court the cessation of the use of the common surname, each reacquiring its own, in marriage  the wife can use her husband's surname - which she added to her own with marriage - both during widowhood and that  until the eventual passage to a new wedding while  he loses it in the event of divorce unless expressly authorized by the judge to use it, "if there is an interest of him or of his children worthy of protection" and this pursuant to art. 5, L. n. 898/1970.