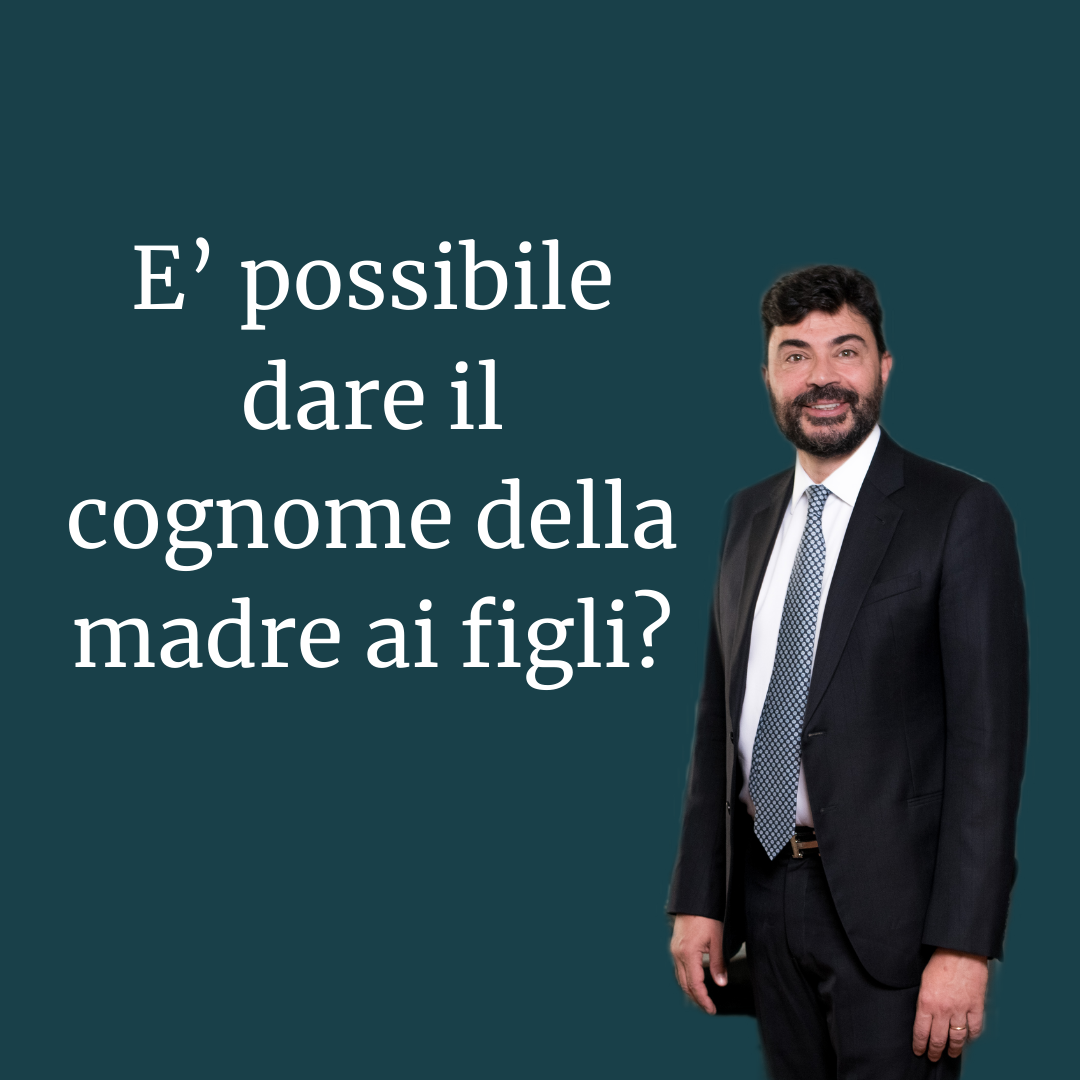 The Constitutional Court, with a recent provision, has dealt with verifying the constitutional legitimacy of the rules that in the Italian legal system regulate the attribution of last name ai children.

Specifically, it examined the law that does not allow parents to assign the only one by mutual agreement surname of the mother and on that which, in the absence of an agreement, imposes only the paternal surname, rather than that of both parents.

The Constitutional Court thus declared illegitimate the rules that prohibit parents from choosing to attribute to the child only the surname of the mother and this because they were considered discriminatory and harmful to theidentity of the child which automatically receives the surname of the father.

The Constitutional Court has conformed to the principle of equality and to the sharing of both parents who, by mutual agreement, must approve the choice of the child's surname, which must be considered the fundamental expression of the individual's personal identity.

With the provision of the Council the rules change: the  child takes the surname of both parents if jointly agreed, otherwise the parents can decide whether to attribute to the offspring only the surname of one of the two.