Sometimes, even after years of legal battles and furious quarrels, separated spouses decide to reconcile and resume coexistence.
Many wonder how to do when there is a court order and the annotation in the records of the marital status of the separation.
Reconciliation, whose current discipline is contained in the civil code, consists in the restoration of the family consortium through the reconstitution not only of material communion, but also of that spiritual union between spouses, which is at the basis of cohabitation itself.

The essential element for reconciliation is the animus conciliandi, that is, not only the resumption of coexistence with a character of continuity, but also the desire to forgive any wrong suffered, to forget the past, to rebuild the marriage.

It is not enough for the effects of separation to decay the only cohabitation, during which, however, the spouses behave like strangers, sleeping, for example, in separate rooms or eating divided dinners.

Nor is it sufficient to stop the effects of separation from the so-called limited time trial period and ended negatively, through which the spouses intended to experiment a possible resumption of cohabitation.

In order for the effects of reconciliation to be produced, a mere verbal declaration by the spouses is not enough, but it is necessary that the couple's union be restored between them with a renewed spirit of mutual solidarity. De facto reconciliation requires an effective resumption of conjugal coexistence accompanied by stable cohabitation functional to the restoration of the affectio maritalis.

Spiritual communion is to be understood as the desire to reserve again the position of exclusive life partner for the reconciled spouse and to fulfill conjugal duties.

In order for reconciliation to have legal effects, it is therefore necessary to reconstitute those circumstances which indicate the intention of the spouses to cancel the state of separation.

When reconciliation occurs, the spouses can, by mutual agreement, terminate the effects of the separation sentence or the approval of the consensual separation, without the need for the intervention of the judge. Reconciliation can in fact derive from an "express declaration of the spouses" or from "unequivocal behavior incompatible with the state of separation".

From a patrimonial point of view reconciliation overwhelms the effects of separation: the peace between the spouses determines the automatic replenishment of the legal communion, without prejudice to the acts carried out during the period of separation.

But what if the reconciled spouses intend to separate again? The law provides that a new separation (both judicial and approved by consensus) can be pronounced only in relation to new facts and behaviors, which occurred after the reconciliation and this is motivated by the fact that the reconciliation implies a serious evaluation of the possibility of reconstituting unity. family on the basis of an ascertained breakup and it is necessary to ensure that this decision is irrelevant to all the previous ones and to request, for the purposes of a further ruling of separation, that it derives from behaviors and events subsequent to the reconciliation. 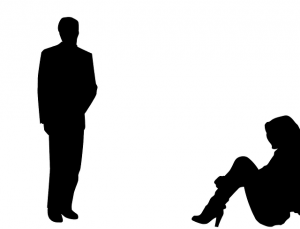