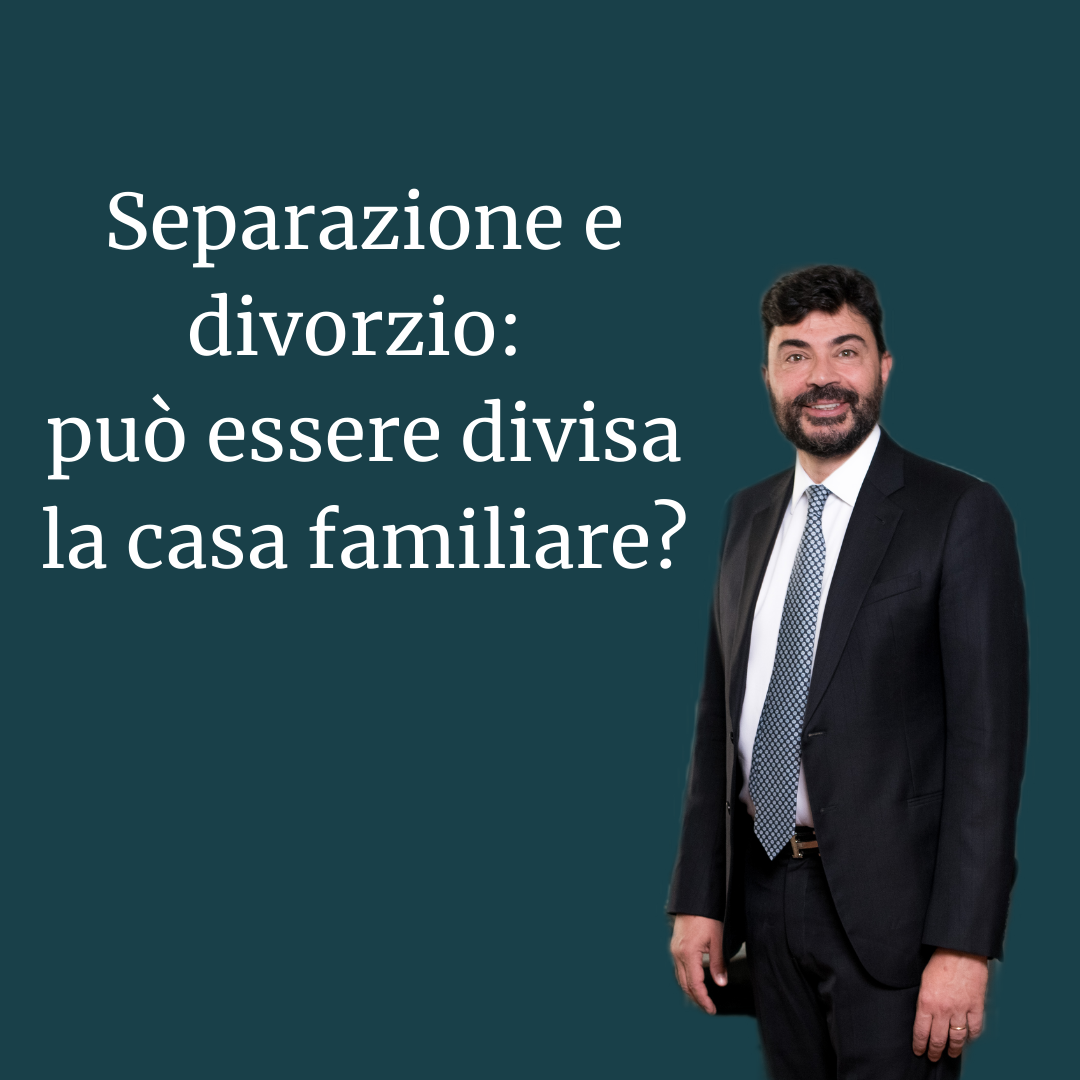 There are cases where spouses decide to separate by mutual consent with  shared custody  of minor children and their placement  prevalent with the mother in the family home owned by the latter.

The parties would like to divide the family house to obtain a smaller one where the husband would temporarily live, while waiting for the neighboring apartment of his exclusive property to be vacated. According to our legislation, is it possible to request the partial assignment of the family home in favor of the wife who already owns the non-divided apartment (where the children will be placed) with the husband's right of residence in the apartment that will be obtained from the division? How they must be distributed  the ordinary expenses of the apartment where the husband should go to live?

Normally and according to a consolidated principle, the Courts assign the entire marital home - understood as the center of affections, interests, habitat in which the minor children were born, or in any case grew up and lived for most of the time - to the placement spouse and this regardless of the title of ownership or ownership of the asset.

This  guarantees and protects the superior and exclusive interest of the minor  who has the right to have "his place of safety" avoiding that he can suffer further   trauma with respect to the separation of the parents.

If the  marital home  has considerable dimensions and is easily divisible, even from an urbanistic point of view, without distorting its nature and function it is possible  provide for partial assignment if the children   they do not come  limited in the use of the spaces they already occupied and in any case are not affected by it (see Cass. civ., 8 June 2016, no. 11783 and Cass. civ., 18 June 2008, no. 16593).

To answer our question, in our specific case  è  It is certainly possible to provide for partial assignment, taking into account that it is in any case a  agreement between the spouses which, with respect to the assets,  parts have wide  negotiation autonomy in the case of regulation  of  personal and patrimonial aspects of the separation.

However, it must be remembered that the marital home (or a part of it)  can never be assigned to both parents,  it can be assigned in whole or only  a part but always only one of them.

The family home is assigned to the placing parent of the offspring, in our case it was    the mother is the primary tenant parent and therefore it is correct to provide for the partial assignment of the marital home to the wife alone, as the tenant parent with the contextual establishment of the right of residence in favor of the husband on the apartment that will be obtained from the division.

According to constant jurisprudence, it should be remembered that the assignment of the family home can only take place in favor of the spouse with whom the children have been placed and with whom the minor and adult children who are not autonomous live together.