The Cecatiello Law Firm, and in particular the lawyer Armando Cecatiello, has a long experience in inheritance law and testamentary disavowals, both nationally and internationally.
The inheritance succession, regulated by the principles of succession law, through a set of rules ensures the passage of assets and the continuation of all active and passive legal relations from the deceased to his heirs. In this perspective, a conscious vision of how to transmit one's own goods is necessary, especially when these consist of complex activities and / or linked to a company or professional activity.
If you then have the foresight to respect the natural inclinations of future heirs you can avoid misunderstandings and quarrels between them, facilitating the transition generational.
It is advisable to have precise information on the effects of inheritance: the Law Firm Cecatiello can not only help, in advance, to provide advice to those who want their succession to follow certain rules, but also, later, to solve problems that they are presented to the relatives, following the death. Succession can be legitimate and testamentary.
The succession is legitimate or devolved to the heirs by virtue of the quotas required by law, or testamentary, that is regulated by a will.
Legitimate succession will occur not only in the event of a lack of will, but also in the hypothesis in which the will is not valid or has not provided for the entire estate of the deceased.
The Italian legal system strongly protects certain subjects such as spouses and children, and in the absence of the latter also the ascendants, reserving to them a part of the assets of which it is not possible to dispose of them as donations.
It is therefore essential for anyone who intends to devolve their assets to do so in a conscious manner in compliance with the rules laid down by law and from here it is important to support the law firm Cecatiello. Without a testament it is not possible to decide the destination of what one has. It must be remembered that in the absence of legitimate heirs and wills, the inheritance is entirely devolved to the State. The succession testamentary therefore facilitates the passage of deliveries between two generations.

It is very important to have a precise picture of how to ensure the continuation of active and passive legal relations to their heirs, especially when these situations are complex.

The professionals of Studio Cecatiello can be of great help in providing precise information on the effects of the inheritance succession: in advance for advice to those who want their succession to follow certain rules and, subsequently, to resolve any problems between beneficiaries. Cases of doubt on the autography of the will, problems on the validity of the will, damage to legitimate shares.

The Law Firm Cecatiello can also support the process of activating a Trust Successorio for a different protection of heritage.

One wonders how one can make a will.
It is important to proceed with the preparation of the will according to a correct methodology so that it is not challenged or challenged and from here we understand the importance of contacting experienced professionals.
The most frequent testament forms are: the public will and the holograph will.

The public will is drawn up directly by the Notary according to the will expressed by the testator, and is by law preserved by the Notary Receiving and by the Notary Archive. A public will can be modified with a holograph and vice versa.
It is advisable to change the will if there are changes in your marital status or when the balance sheets have changed or you want to give your assets differently.

The law does not allow the oral testament, so the will of the testamentary not expressed in the form of one of the testaments governed by the law has no value. As a testament, for example, the declarations made in point of death and confessions made to a trusted person or other are not valid. Our order reserves in favor of certain legitimized subjects (spouse, children and descendants of the deceased), a portion of legacy called legitimate.
The testator can freely dispose only of the quota that the law does not reserve to the legitimates or the quota available. To the wife or husband, in addition to the quota of legitimate, the right of residence on the house used as a family residence is reserved as well as the right of use on the furniture that accompany it, if owned by the deceased or common. 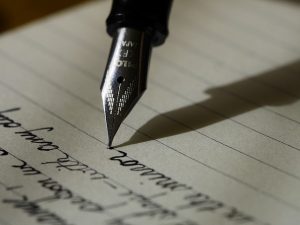